Last Tuesday, the German Business Film Award was presented for the 51st time at Cinema International in Berlin.

From 230 submissions, 10 works in a total of 5 categories were nominated. In the category “Economy well presented”, the DATEV image film convinced the 15-member jury and managed to assert oneself against the submission of other global players such as the Siemens AG.

“To present a rather dry topic, such as the tax advice, in only 1:29 minutes and thereby also in such a fun way … would be worthy a prize” said Oliver Wittke, Parliamentary State Secretary at the Federal Ministry for Economic Affairs and Energy. DATEV eG, agency Publicis Erlangen, 27 km Entertainment GmbH and GROVES Sound Branding GmbH are very happy about the associated appreciation of the work.

In addition to the media success of around 170,000 views on YouTube and LinkedIn, the campaign had a few other special features in store. The brand-name DATEV Sound logo is cited 5 times in the music specially produced by GROVES for the film, while the off-spokesman has to perform at an average of 2 words per second. Incidentally, the one and a half minute film was created from just 7.4 seconds of new material.

You can see the campaign here: http://www.youtube.com/watch?v=hV1fIlVxDGQ —

About the German Business Film Award

Since 2008, the German Business Film Award has been an integral part of the “Initiative Kultur- und Kreativwirtschaft” of the Federal Government. It aims to promote  journalistic work-up as well as the transfer of knowledge about economic, social and political connections through audiovisual media.
The competition also allows contributing to the professionalization of the artists and creators of the film industry.

DATEV eG is the software house and the IT service provider for tax consultants, accountants, and lawyers as well as their mostly medium-sized clients. The company is one of the largest IT service providers and software companies in Germany. Together with its members, the cooperative based in Nuremberg, which was founded in 1966, improves the business processes of 2.5 million companies, municipalities, associations, and institutions with its solutions.

GROVES Sound Communications are specialists in the field of brand sound and are based in Hamburg. GROVES Sound Communications is one of the most renowned companies in the industry, and remain successful in music production and music consulting for advertising/communication, Its customer base includes national and international companies, such as u.a. OLYMPUS, TUI, LBS, EnBW, DATEV, Gerolsteiner, Dea, Wrigleys, Mentos, Bacardi, Winterthur, Audi, Nivea, Visa and numerous radio and TV stations. GROVES has been the sound branding agency of the brand DATEV eG since 2008. 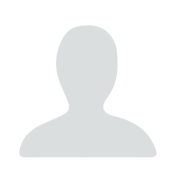